Discovering a ‘broken’ networking and job search ecosystem, these entrepreneurs launch the country’s first accelerator for professionals, not startups

Hatched at a truck stop, Futurexecs gives elite, niche groups of business leaders "insider access" to new industry networks and opportunities that will launch them from mid-career to the C-Suite. 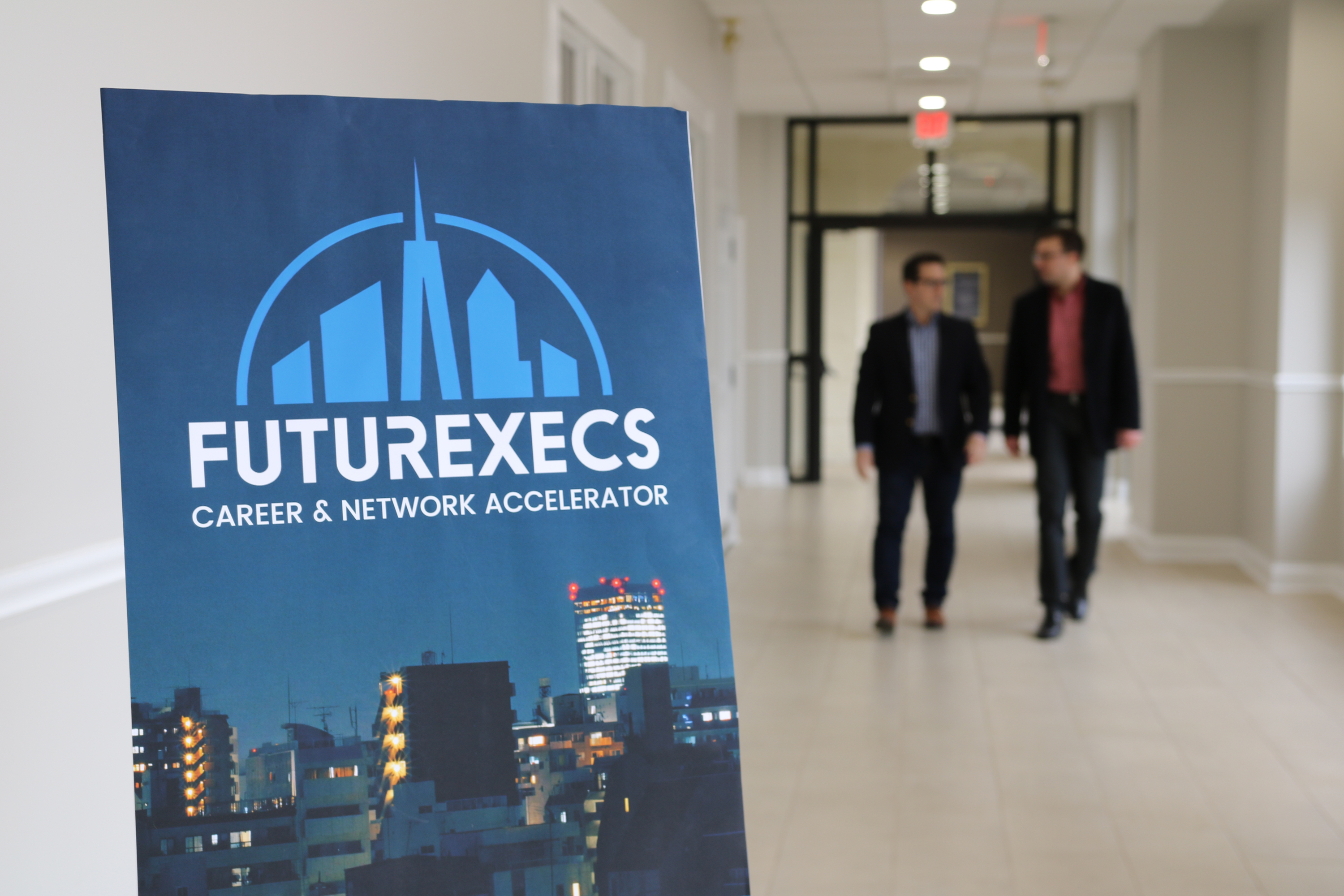 After a friend lamented that, despite having hundreds of online connections, he was struggling to find a new job, Chris Petersen and Dave Chonowski began to wonder how technology is shaping how mid-career professionals, the largest segment of the workforce, are advancing their careers. So, they conducted an experiment. Last spring, they applied dozens of jobs and reached out to some of the weakest connections in their networks to test how many interviews they could land.

“What we thought would be a fun, interesting experiment quickly devolved into a demoralizing nightmare. Despite all of the promise of tech, the job search and networking ecosystem felt broken.” said Petersen, who along with Chonowski then interviewed more than 50 recruiters and hiring managers from big companies like Pepsi and Uber, mid-size firms such as Ferrara and Spectrum Brands and even startups, to gain a deeper understanding of how technology is impacting their ability to source talent and build their own networks. 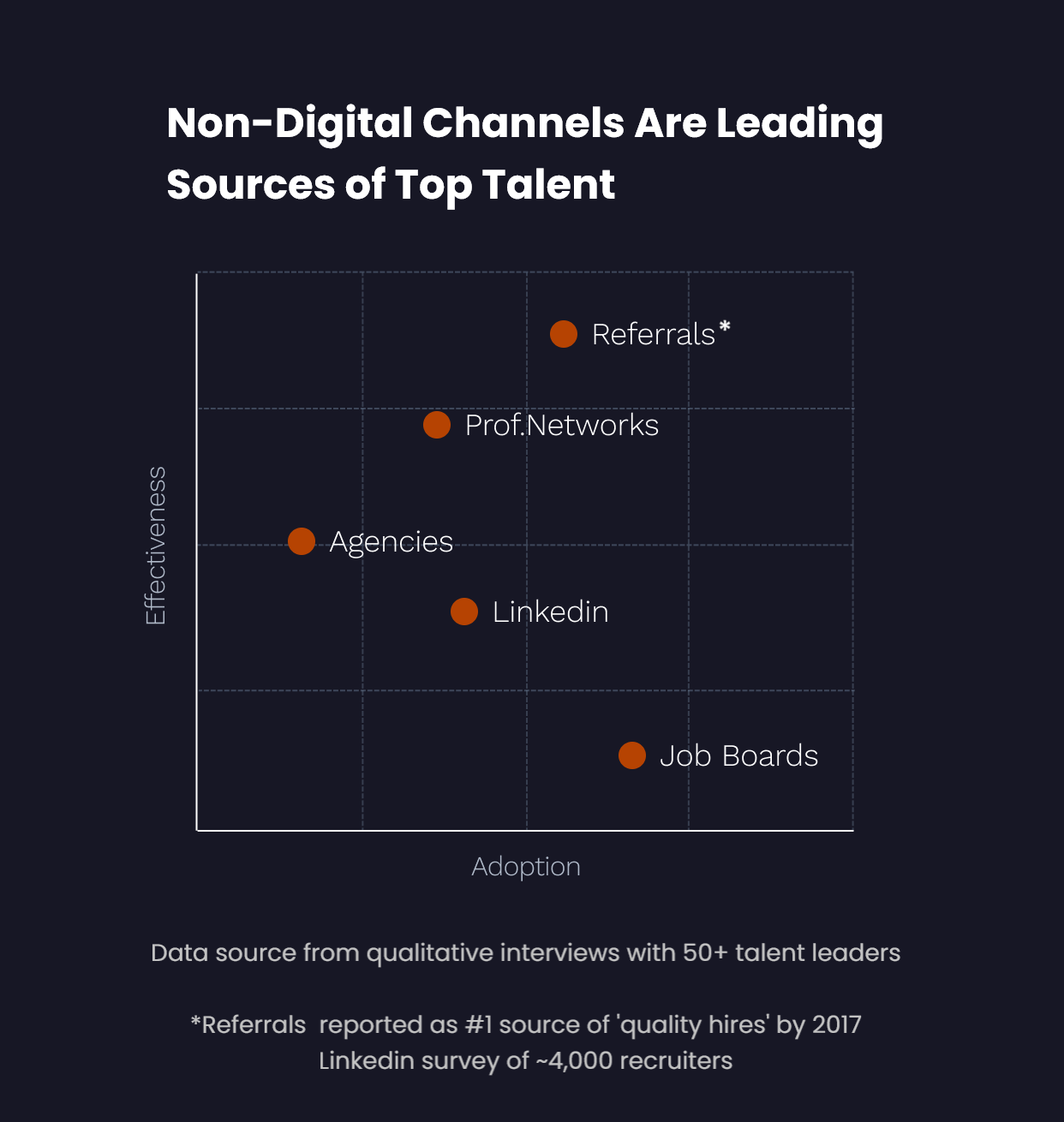 Digital tools are great for keeping in touch and collecting contacts, but after interviewing so many people, Chris and I began to notice a pattern,” Chonowski added. “Almost everyone we spoke with – even if they love tech – is craving opportunities to network without having to look at a screen.”

These insights were further reinforced by a LinkedIn survey which shows that recruiters view employee referrals, not online resources, as the number one source of ‘top talent.’ “The problem is that no one has time to network.” said Petersen, “As professionals, our time is limited so we need networking channels that blends the scale, efficiency, and focus of tech with the personalization of a 1-on-1 meetup.
‍
So Petersen and Chonowski created their newest business, Futurexecs, which just launched. 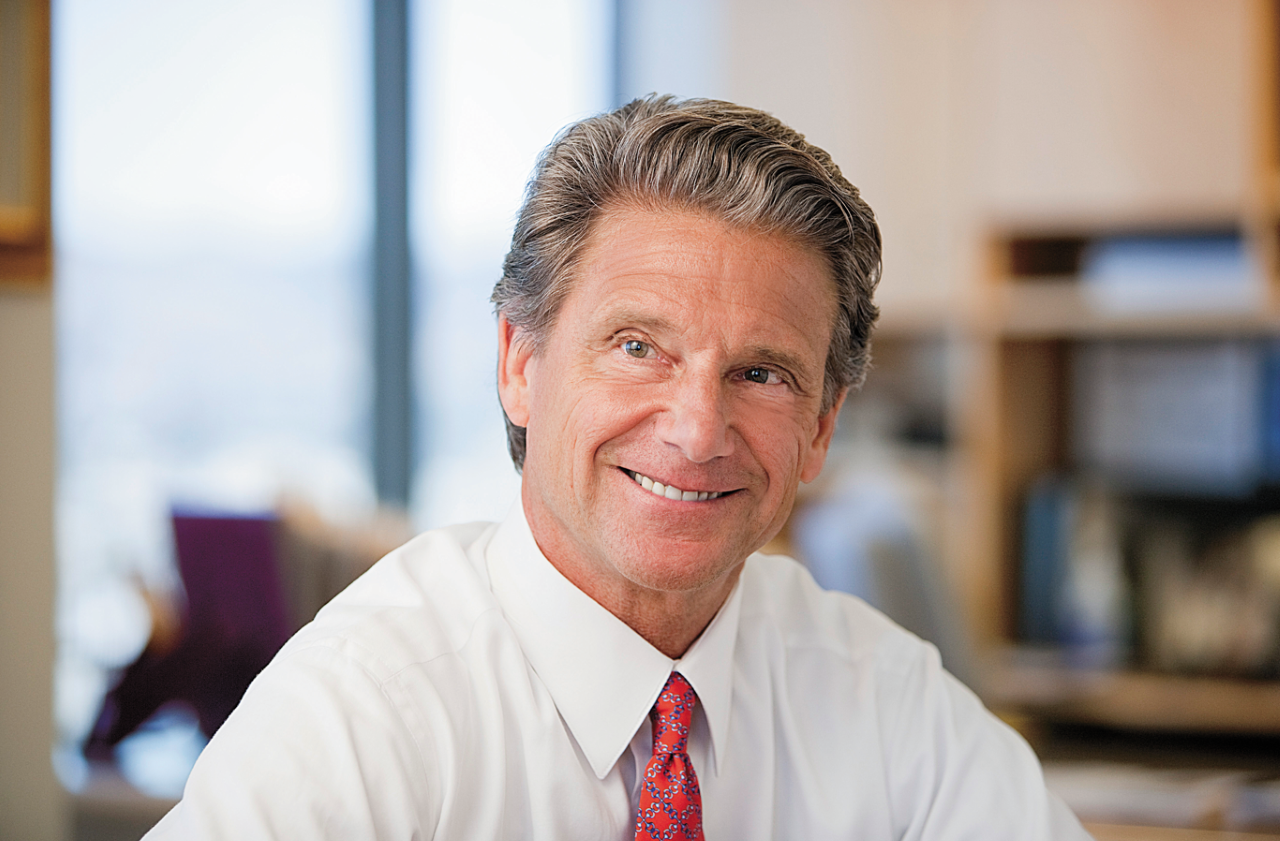 Through a series of innovative career & networking accelerators, Futurexecs provides elite groups of experienced professionals with direct access to influential industry insiders and peers; career education and coaching; mentorship, and exposure to dozens of new careers and companies. “We’ve seen how transformative the accelerator model can be for promising startups and we were inspired to adapt that type of programming to help the next generation of C-Suite leaders move their own careers forward.” said Chonowski.

Futurexecs will host several accelerators in 2020. The first, designed for blue-chip trained Brand Marketers and companies interested in building relationships with them, will be hosted at the Mid-America Club in Chicago on August 25. Don Knauss, the former CEO of the Clorox Company and independent Director at Target and the Kellogg Company, and a Hammond, Indiana native will be the Executive Keynote. Other planned accelerators will target Finance & Accounting professionals, among other functional groups. Petersen said Futurexecs plans to expand throughout North America in 2021. 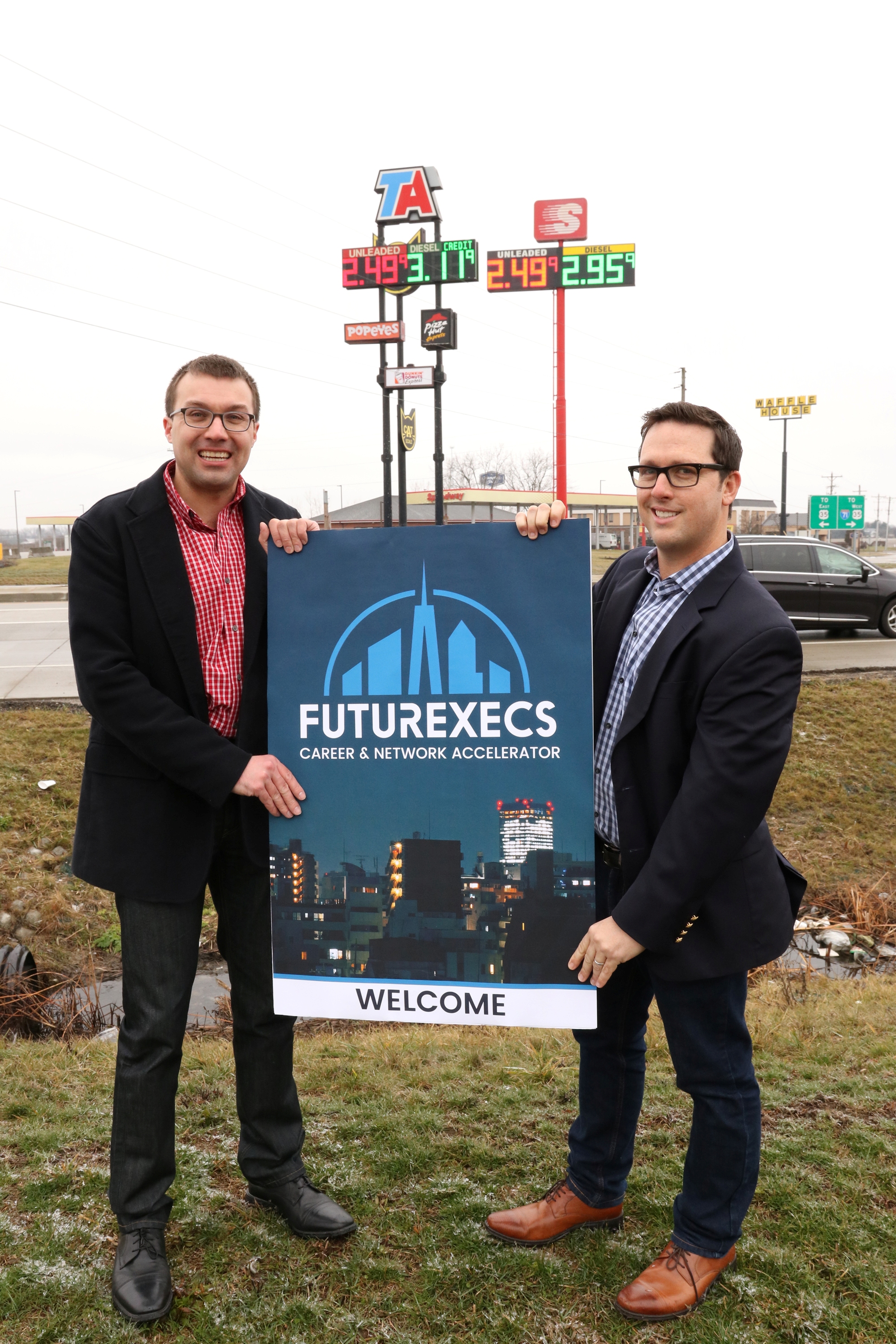 For the last several months, Petersen and Chonowski, who live in Cincinnati and Columbus, Ohio, respectively, have been meeting once a week at the TA Truck Service truck stop in Jeffersonville, Ohio – halfway between their homes. In addition to their daily virtual meetings, they said in-person interactions are critical, just as they will be for companies and professionals looking to boost their networks at Futurexecs’ accelerators. “Nothing embodies the true startup grind quite like launching a company out of a truck stop,” Petersen laughs, “but it keeps us honest.”

In 2009, in response to the high veteran jobless rate during the Great Recession, Chonowski and Petersen – both former US Army officers – created what became one of country’s most prominent military recruiting and tech startups. Nine years later, it was acquired by an Atlanta-based executive search firm. Petersen, a native of St. Charles, Illinois, worked in brand management at P&G. The Boston College graduate also is an Adjunct Professor of Entrepreneurship at the University of Cincinnati.
Chonowski, a Peoria, Illinois native, worked in health science at Boston Scientific and earned an undergraduate degree at West Point.

Both Chonowski and Petersen are MBA graduates of the University of Illinois Gies College of Business.

Chonowski said he’s ready to jump back into the entrepreneurial world. “Having been through that rodeo once before, you remember the good, but you don’t forget the bad,” he said. “The good news is that we’re passionate about solving this problem and are excited to see what we can achieve.”

Please complete the form below to receive the 2020 Prospectus or send an inquiry and one of our team members will respond shortly.

Thank you! Your submission has been received!
Oops! Something went wrong while submitting the form.